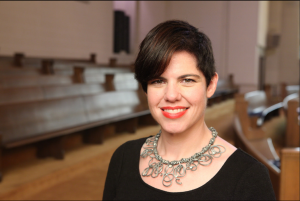 I am a librarian and the Director of Media & Access at Internet Archive, a nonprofit library dedicated to collecting all the world’s knowledge and making it available to everyone for free. I spend my time expanding the amount and quality of knowledge that is openly accessible on the Internet, building partnerships with other organizations who want to share information with the world, and advocating for more people to do the same.

Currently I manage the collections of the Internet Archive, including the acquisition and preservation of movies, television, music, books, and software. The collections team also provides community support, works with external volunteers and partners to add media to the library, and provides quality assurance for the engineering team. Previously I managed a complete revamp of the archive.org web site, I ran the Wayback Machine for 4 years, founded our web wide crawling project, and brought OpenLibrary.org from initial conception through launch.

You can read more about previous positions on linkedin. I also like to make stuff. All opinions expressed on this site are my own.